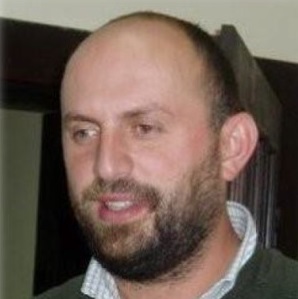 He is an environmental engineer from Middle East Technical University (Ankara, Turkey), department of Environmental Engineering and has a Master’s degree on Environmental Impact Assessment, Audit and Management from the University of East Anglia (Norwich, UK), Department of Environmental Impact Assessment , Audit and Environmental Management Systems. He has been working over 20 years in the environmental sector, primarily in the water sector: in institutional strengthening, capacity building, developing environment and water policies and sector reforms from water services to water resources management. He has worked in Libya, Turkey and Albania as a Sales Engineer and Project Coordinator from 1995 to 1999. From 1999-2001 he worked as a Programme Manager for Waste and Environmental Protection at NGO OXFAM GB, who delegated him as Senior Expert at the Waste Department, UNMIK – EU pillar. From 2001 to 2003 he was deployed to EU Pillar (UNMIK), through UNOPS, as Local Head of the Waste Management Department. In 2002, EU Pillar delegated him as Special Advisor to the newly established Ministry of Environment and Spatial Planning in Kosovo. At the end of 2003, at the request of the Minister, he agreed to continue his contribution to the Ministry as the Director of the Water Department, until April 2006. During this time, the Office of the Prime Minister also designated him as a Property Rights standard Coordinator, one of the six standards that were set by the international community before the final status of Kosovo, where he coordinated over 30 local and international institutions to successfully conclude the implementation of this standard. He then moved to the private sector as the co-manager of Kosovo’s first and only environmental consultancy company at the time, BLK Group (later Enbiko Consulting). However, at the request of the Minister, he agreed to continue water and environment advisory service to the Minister of Environment and Spatial Planning, through secondment from a joint UNDP / Kosova Foundation for Open Society program. Since 2009, he has been seconded by Swiss Cooperation Office as a Water Policy Advisor to the Inter-Ministerial Water Council (previously Water Task Force), chaired by the Prime Minister of the Republic of Kosova, and consisting of the Ministers of Environment and Spatial Planning, of Economic Development, of Finance and of European Integration. He has been the author of key Government policies in the water sector, including the water policy paper and contributor to almost every government water policy. He is responsible for various coordination platforms (political, institutional, donor, and implementers) and inter-institutional working groups (e.g. municipal role in water services; drought crisis; wastewater management group; Drin technical committee; etc.). He is responsible for supporting Kosovar and international stakeholders to conceptualize, develop and coordinate water project.